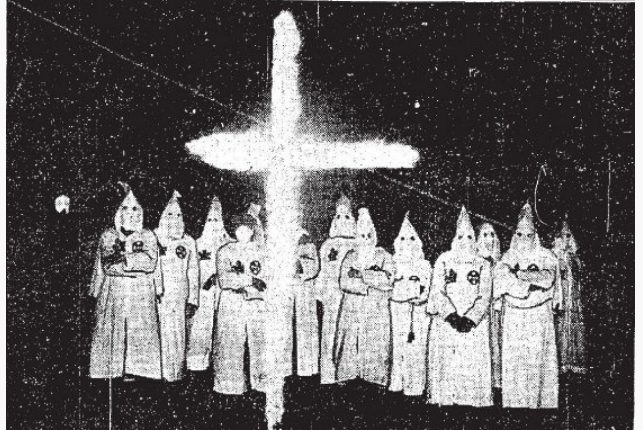 During my ten years as a Trustee, we have opened and named 19 schools with names that truly reflect the diversity of our community and celebrate many incredible contributors to public education and Edmonton.

Our students are speaking up. Parents. Grandparents. Dan Knott student Aimee Dorsey started a petition last year to rename her school because of his affiliation with and support of the Klu Klux Klan (KKK) in Edmonton during his time as Mayor. Imagine being a Black teacher sent to teach and wear a school t-shirt with the name of a man who was an enthusiastic enabler of the KKK.

Oliver Community has started the #uncoverOliver project with fantastic stories, educational resources and the contributions of a descendent of Frank Oliver who was a racist federal minister of the interior with a list of deplorable actions taken while in power. Imagine being an indigenous student studying in a school venerating a man who did not believe that you were not worthy of education.

In conversation with Oliver Community League President, Robyn Paches, he said "The renaming conversation is more important than a name on paper. Frank Oliver's racist legacy has inflicted lasting, and continuous, harm on Indigenous peoples, newcomers, and other marginalized groups. Renaming our community is an important piece of reconciliation that Indigenous peoples have directly asked for. We would not be erasing history. In fact, the two-month renaming conversation has seen more education surrounding Frank Oliver than the past 80 years of community naming. The history will remain where it belongs, in books and museums. Naming is one of our societies highest honours and Frank Oliver's actions were not honourable."

In both of these examples, imagine being the student who looks up at their Principal, Superintendent, and Board of Trustees and see them continue through inaction or tacit approval to believe that Dan Knott or Oliver remain worthy of celebrating.

Here are a few important facts to consider:

1) A school name is the highest honour we can provide as a board. I have never been naive to think that everyone is perfect. We understand that humans are complex and contradictory and that is weighed in our decision. But surely some actions are so reprehensible that they merit reconsideration.

2) Schools are named (and should be renamed) by the board of trustees independently. We are not the only board to wrestle with renaming. Last year, school trustees at Elk Island Catholic Schools voted to rename John Vanier School after Vanier was found to have multiple manipulative sexual relationships according to a report from L’Arche.

3) I reject the slippery slope argument. There is an acceptable level of fallibility that every board has to accept when choosing a name, but as new information comes to light or times change, it is worth revisiting. There are likely others that need to be reviewed. Community members have overwhelmingly asked me to put these two names forward.

4) Continuing to honour these names are inconsistent with our commitment to the Truth and Reconciliation Commission, our board policy on First Nations Metis and Inuit Education, or our board statement on anti-Black racism and inclusion

5) A deciding factor for me in these two examples wasn’t the fact that they merely held deplorable views (such as eugenics) that were acceptable in the time, but that they held positions of considerable power and used their office to further enable discrimination. Dan Knott flexed his political power as Mayor to enable the hate of the KKK as did Frank Oliver from the Federal Cabinet table.

6) Changing a name or taking down a statue does not “erase history” and celebrating racist leaders are not an effective educational tool. There is no danger we will forget about the harm of anti-black racism because we remove a namesake attached to the KKK or the harms to our First Nations, Metis or Inuit families.

While the renaming is one action, and it is symbolic, there are many other important actions that we must take as a board. As a member of our policy committee, we are working on a new multicultural policy from an anti-oppression and anti-racism lens that will bring accountability, transparency and action to our schools. We are working towards rethinking our relationship with the Edmonton Police and the school resource officer program to help ensure safety for all students, staff, and families. I also moved a motion (passed unanimously) to make anti-racism a part of the provincial curriculum.

I welcome your feedback on how we can continue to build strong schools & strong communities. Please leave a comment below or email [email protected]

or
Please check your e-mail for a link to activate your account.